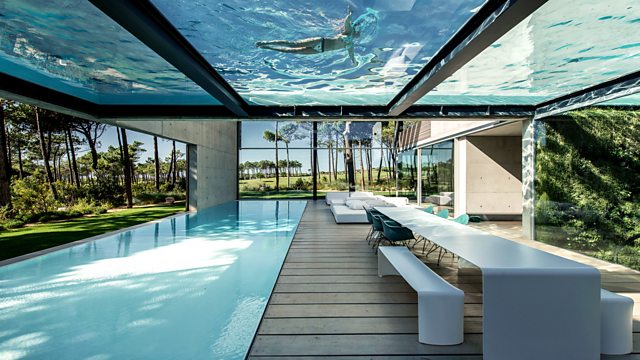 I’ve recently been watching some documentary series in Netflix and I have to say, they’ve expanded my imagination a bit.

It started when I binge-watched The World’s Most Extraordinary Homes. Usually, the exquisite homes are built in wonderful locations such as the hills of Switzerland, the glamorous bayside of Miami, the rocky seaside of Norway, among other amazing places. The houses, themselves, are attractions too. They have ingenious designs that make them seem like fun places to live and spend time in.

A standout for me would be the Swiss “underground” home situated inside a hill. You’d have to enter it from an old barn-like structure before seeing the actual house. There are also the houses in New Zealand — one that is right by a fjord or a “sound” or whatever it’s called, and one right beside the water and woods.

It’s all very grand and magical. All the homes in the show, regardless of size, have that wow factor that would leave your mouth open.

I really liked the feeling I got from the show so I started watching other docuseries as well. There’s Netflix’s Tales By Light, about photographers going to exotic places and shooting what interests them. I particularly liked watching a woman photographer shoot adrenaline junkies who dived deep waters, walked on ropes, and parachuted across the air. Soon I was also watching Luxury Travel Show, Wild Alaska, Grand Designs Australia, Stay Here, and Metropolis. 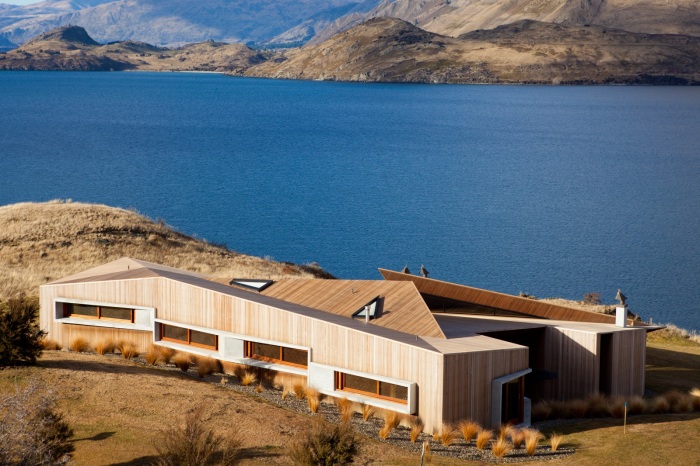 A house in New Zealand, featured in ‘The World’s Most Extraordinary Homes’

These shows allowed me to imagine where else I can go travel-wise, and what else I can do living-wise. I have to say that I’ve rarely spent time thinking about my living conditions. I think it’s because I consider myself lucky as it is. I have my own condo, as basic as it is. I get to travel twice to thrice a year depending on how much I save up. It’s a pretty decent life, but I haven’t really given much energy or thought to what else I can have.

For example, the idea of having a home that matches the scale and scope of the ones I saw in The World’s Most Extraordinary Homes feels a little alien to me. I realized I’ve been thinking small all this time.

The thing about being a young professional is that thoughts of the future often comprise vague ideas of what you want to do and the success you want to achieve role-wise — and even those are shrouded by some form of ambiguity and procrastination.

Whatever the cause, my imagination so far has been severely limited.

So recently I started consciously expanding my imagination by consuming these shows — by getting to know what’s out there — what’s possible. I particularly like one couple in Grand Designs Australia who, according to them, lived in charity homes before meeting each other and becoming successful hoteliers. And now they’ve reached a point that they can design and build a home with the luxury of their hotels. That’s amazing! That is what hard work and dedication can do.

So you know what, I’m gonna let my imagination run free.

As an exercise, I’m gonna imagine living versions of a luxurious life that appeal to me.

Right now, I’m in a house — my house — overlooking a hilly landscape. There’s wood and warm light everywhere. It’s both earthy and modern. There’s a high speed fiber internet connection and a giant, black-piano finish, LED television (to stream more shows, of course). A gorgeous queen-sized bed in the master’s bedroom is where I sleep in. There’s a big bathtub in the master’s bathroom; marbled floors in all the bathrooms. There’s a jacuzzi outside for those nights I just want to relax under the stars, stewing in warm water. Wherever that house turns out to be, I have a life there — friends, events, all the good food I could want. I’m dating a hot guy. He’s ginger-haired, maybe, I dunno (lol). We spend passionate nights on my bed. It’s my bed because it’s my house (lol). He has his own. But he comes over and I go over to his place sometimes. It’s all very fun and freeing.

I think this is helping me. Maybe next time I can be more specific about things like the furniture, the appliances, the materials and the fabrics and all the trappings and trimmings of my dream house. And maybe I can also be more specific about the guy in the dream house? (lol again) Or maybe there’s no guy. Maybe it’s just me savouring every day of living a life I once only imagined for myself but turned out to become a real thing.

To help, I can maybe read house and home articles and short, digestible design and architecture books to get a visual feel and also be able to understand some design language. And also, I can watch more shows and get some ideas from the visual aspects as well as the process of designing spaces from scratch.

The important thing is firing up my imagination for what’s possible.

Who knows? I currently have a very basic one-bedroom condominium, which I own. Maybe I can start there.