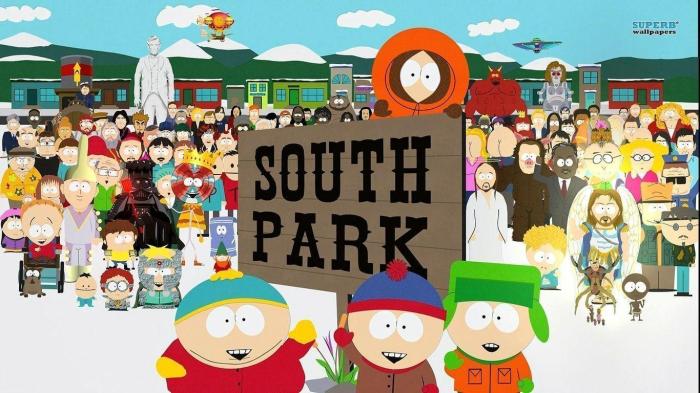 One good thing about entering a fandom like South Park so late in its lifespan is having decades worth of seemingly endless content that you can just dive into. I forget what made me decide to stream a random episode of the 22nd season of South Park a couple of weeks ago even though I never properly watched an entire episode of the show before. I think I read a synopsis of the episode where Butters became friends with a priest in the midst of the scandal in the Catholic church of priests molesting young boys. I was instantly sold.

Butters is such an adorable character. His naivete, persistent optimism, and hidden intelligence, all while shouldering a history of parental and peer abuse, make him intriguing and an instant favorite. And watching high officials of the Catholic church try to scrub all traces of “cum” from all the things that Butters’ priest friend touched (because they mistakenly assume the priest was on a raping spree) gave me a genuine LOL moment. I can’t remember the last time I genuinely laughed out loud this year. Most of the comedies I watched this year, like the very clever Unbreakable Kimmy Schmidt: Kimmy vs the Reverend, often made me go, “Ha! That’s funny. That’s funny. Omg that’s so funny.” But I wasn’t really laughing, if that makes sense. It was more a cognitive and I guess “elegant” kind of funny? South Park made me laugh, as in convulse while holding my stomach and with vowels erupting from my mouth, to the point that I did not even recognize the sound of my laughter anymore. I genuinely missed that sensation.

A Catholic Church official trying to lure Father Maxi with half-naked boys in the episode, “A Boy and a Priest”

Before I knew it I had binged through all the episodes of the 15th season to the 22nd — which was the extent of the show’s availability in Netflix Philippines. No worries, though, since I found a site where I could stream the rest of the seasons.

Besides Butters, I also gravitated toward Randy Marsh, one of the parents. What defines Randy as a character is his often doomed, but sometimes successful attempts to be more than he is at his age (I assume he is in his mid 40s). You can handwave it as a classic case of male mid-life crisis, but that wouldn’t do it justice. It’s coming from a place of authentically wanting to be more than and grow out of the template, middle America life he’s found himself stuck with. Besides his work as a geologist, he has dabbled in gourmet cooking (via his stint as the school cafeteria’s cook), a business owner (when he bought Blockbuster in a Halloween episode), a transgender pop star (when it was revealed that he was the pop star Lorde all along), a political correctness advocate who brought Whole Foods (and therefore gentrification) to South Park, and a marijuana farm owner.

What makes Randy even funnier to me is that he’s so recognizable. People like him exist. Your uncle who’s so excited about his latest random venture he signed onto while half-drunk. That friend of yours who didn’t use to care about politics but is suddenly awkwardly “woke” for some reason. That guy who used olive oil in his cooking once and naturally thinks he’s Gordon Ramsay now.

Randy Marsh is revealed to be pop singer Lorde

Interestingly, none of the four main boys — Kyle, Stan, Cartman, and Kenny — have resonated with me so far. They’re funny, yes, but in a caricaturish, one-dimensional kind of way. Kyle is a (self) righteous idealist who also lacks awareness about how he’s a prick sometimes, Stan is an ordinary kid whose life often gets overtaken by stronger forces like his parents or his friends, Cartman is a vessel that allows the show to get away with race and gender-based jokes because the show presents him as being absolutely in the wrong in terms of morality (i.e. because the show’s creators presumably do not agree with Cartman’s offensive views and antics, they get to keep showing Cartman being offensive), and Kenny is a punchline. Maybe I missed some character growth moments that occurred during seasons 1 to 15? Lemme finish my binge and get back to you.

That said, I am gobsmacked by the consistency of the show’s quality. In a world where The Simpsons and Family Guy have long lost what made them so central to the cultural zeitgeist during their heyday, it’s refreshing to see an animated show like South Park thrive by keeping to its roots, having excellent writing, and taking on contemporary issues like the Catholic Church scandal, political correctness in America, and school shootings in a compelling way that both makes you clutch your abdomen in laughter and think, “Huh. What’s happening around me these days *is* absurd”, after the laughter subsides.

After I binge through the rest of this show, I just might get the two South Park video games, The Stick of Truth and Fractured Whole, which both got rave reviews, possibly owing to the show’s creators having a hand in its writing. Hopefully there’s a lot of Butters and Randy in them.